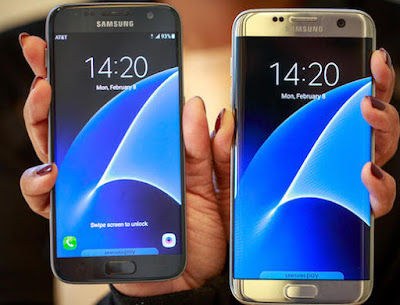 Samsung Galaxy S7 was launched on February 2016. It is more better than galaxy S6.The galaxy S7 is formed by 1.6 GHZ-Octa-Core with 4 GB ram. its internal memory is 32 GB which can be increased upto 200 B with micro SD card. it has 12 MP primary camera on the rare and 5MP front shooter for selfies and price at Rs 48,900.
Samsung galaxy S7 runs with android 6.0 and it is powered by 3000 MAH non removal battery. It has dual sim (Both GSM) smart phone connectivity option include Wi-Fi, GPS, Bluetooth, NFC, 3G, 4G.Its weighs is only 152.00 Grams.
Samsung Galaxy J3 ‘S Bike Mode’ for Bike Riders

The good things about the Smartphone are- easy to hold and handle, unbelievable processing power, phenomenal camera, ip 68 protection.The phone has also few bad thing- bloated software, hybrid sim/micro sd slot if the device is compared with S6 than its far better than S6 and after launching the market is 25%-30% more than S6.

Read Also :
A Vital Changed to protect the privacy of WhatsApp

Micromax Sets Its Eye On Launching Of Micromax Bharat Series At Affordable Price In...