HTC has unveiled a brand new phone , that may be named as ” HTC Desire 10″. This report has been leaked in Twitter that the company’s opinion is that this model is going to be more high end than the current Desire products. This phone is coming with Blass adds. As it has been notified that this product will be unveiled for the first time in Berlin, Germany which has hosted the previous Desire products of the company. This company has informed that it is going to be one of the most affordable smartphones this year.

As the report says, this Desire has a metal back which has given way to polycarbonate, the antenna lines are the same.In the camera has been incorporated the dual-LED/ Laser AF combo,and it also has been rotated 90%. Though its clear specifications are not out yet it has been said to be similar to HTC 10 Lifestyle. This company is expecting to launch this model in the third quarter possibly in September, which will also be cheaper than HTC 10 Lifestyle which is a basic version of HTC 10.

According to the leak, this model has a few similarities and dissimilarities as well with Lifestyle. Unlike the previous one, this model include the “One” or ‘M’ series monikers. The previous  HTC model came with top of the line specifications but it had not been so successful as the company has expected it to be. The sales were below limit, but hopefully this same experience will not be repeated with HTC 10 as the Best HTC phones under 10,000 were successful in market. 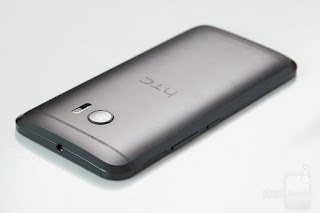 HTC is working on the Desire 10 mobile, and has already revealed Q3 2016 launch time frame,as reported by Tipster Evan Blass, in a series of tweets. He has also shared what kind of rear camera module it may have. If we talk about the looks of the camera you will see its similarity with that of other Desire mobiles, with laser autofocus and Visible dual LED flash.

Presumably HTC 10  comes with 12 ultra pixel laser autofocus camera with BSI sensor, and optical image stabilisation / OIS. It will also have some other features like self-timing fecility, face detecting capacity, Auto HDR, Hyperlapse and RAW format support. It will be presented in plastic exterior,metal built body within.

As another HTC product, HTC Nexus phone, Merlin was successful in market, this model will also be the same. So, be updated with latest specification related news. Stay connected.