Google has axed the free option for fiber users in Kansas city, Missouri in 2011, kansas city was the first area google delivered the high speed ,fiber -optic broadband service. available in only a few cities in the united states still google fiber offers speeds of up to 1000 mbp saka gigabit internet which is far higher than traditional broadband. 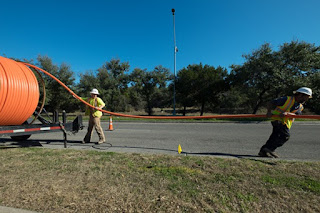 It’s likely google has altered its pricing model for fiber to attract more customers. The substantial installation fee turned off potential customers but this new monthly fee could those who seek faster connectivity without having to take out a loan to afford the installation.The $50 a month will bump those on the free 5 mbps up to 100 mbps. Those who reside in Kansas city will have until 19th may to switch to the new plan in order to continue using fiber. should you require even more from the web theres a $70 a month option for a gigabit connection.

Watch The video By Google Fiber :

Read Also :
A Vital Changed to protect the privacy of WhatsApp
Logitech’s G900 Wireless Mouse Is comining to The Open Market
The Debut iPhone SE : The World’s Most Inexpensive iPhone

Biman Das - April 1, 2017
0
Reliance Jio conform has extended the deadline for subscriptions to Reliance Jio Prime Plan till April 15, and waived off monthly recharges for the next...