eTechTime
Home Mobiles Apple iPhone 7 and iPhone 7 Plus Specification, Features and Price
Apple had released its first generation iPhone on 27 JULY, 2007. Since then it has been popular among the users for its best ever service and worldwide popularity.For years after years Apple has upgraded its major designs so that it can be presented to its customers who can use it with ultimate satisfaction. iPad Pro 9.7inch and iPhone SE have also been launched just before this new model iPhone 7 and 7 Plus.
The unveiling of The iPhone 7 and 7 Plus will be found in September 2016 which will be available at $ 539 for 16 GB model. 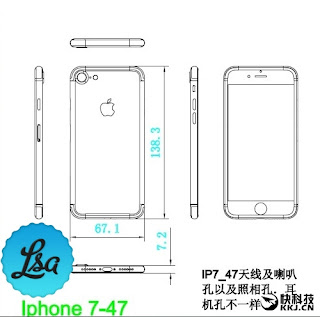 The Other features of Apple iPhone 7 :

These iPhones are going to be the third and forth iPhones of this year, and hopefully it will run with a grand success, like other Apple products.